In this tutorial, we will learn the Dijkstra shortest path algorithm but first, let’s briefly introduce some basic concepts of the graph.

First of all, let’s see about the graph.

A graph is a representation of a path, a graph helps to understand the paths and shows the directions related to that specified path.

Nodes denote a graph, a node can be any real-life entity and the lines which connect those nodes are called edges which show the relation between them.

There are two types of graphs undirected and directed.

The undirected graph connects nodes with lines (edges) and

The directed graph connects the node with arrows like below. 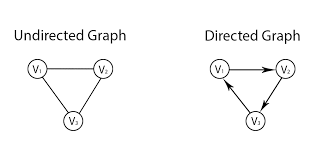 Let’s move forward and see what is a weighted graph.

It is a graph whose edges contain a number, that number can be anything like cost or weight the number of edges represents the distance or time between two nodes. Have a look at the following image. 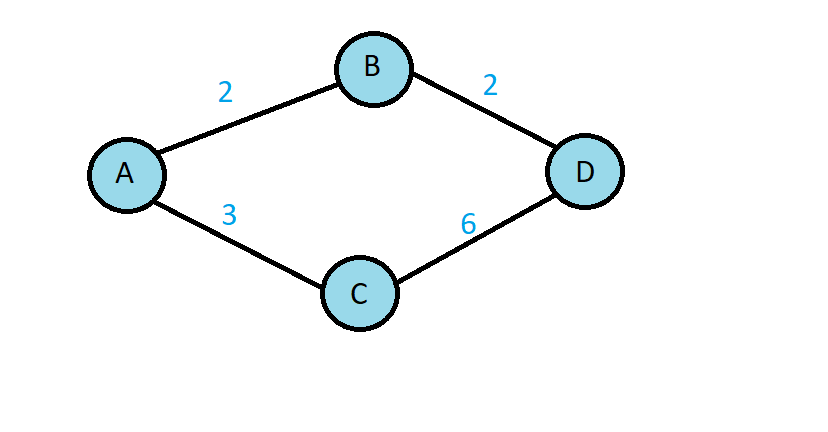 I hope you got the concepts now let’s discuss the Dijkstra algorithm.

We used the undirected graph with positive edge values (weights) to find out the shortest path, make sure to use only positive values because we can’t measure the shortest distance with the negative value it will affect the results.

Let’s see how the Dijkstra algorithm works, see the example below. 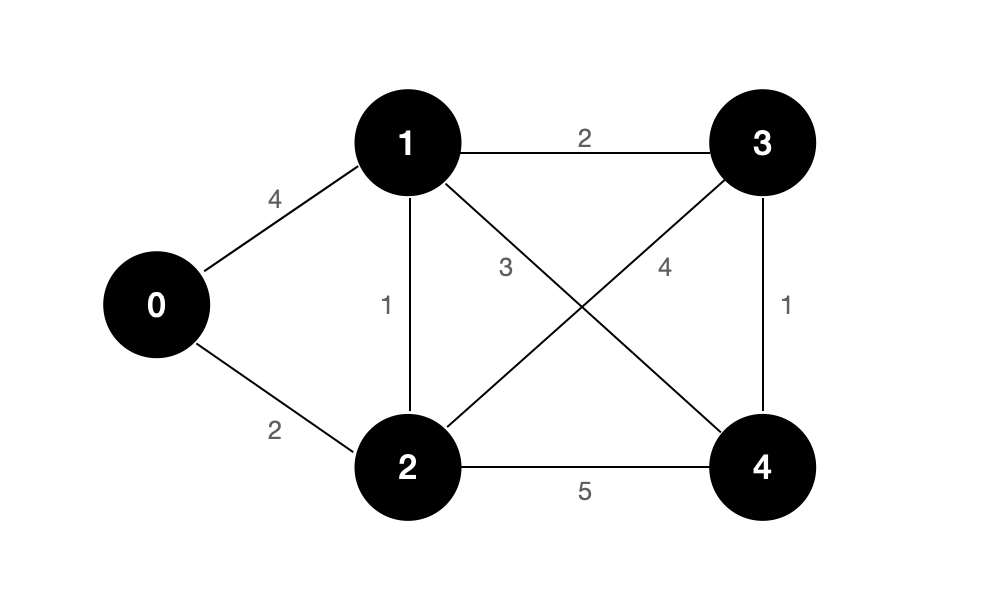 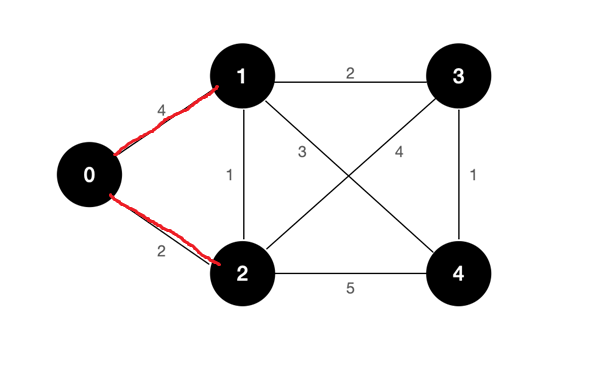 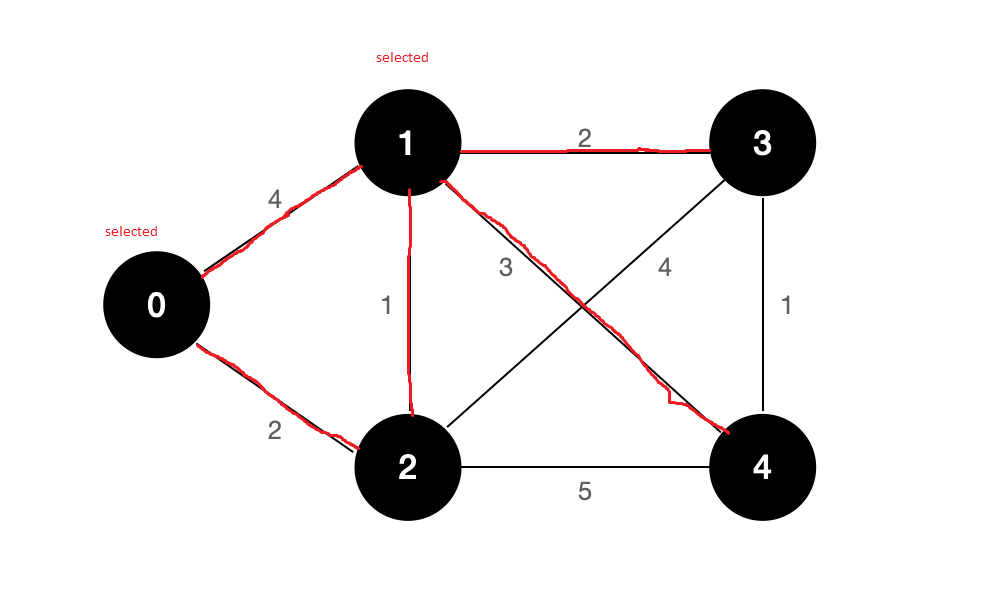 we will move from node1 to node2.

Node 1 as a source node

Now we will select node 2 as a source node and will the direct shortest paths. 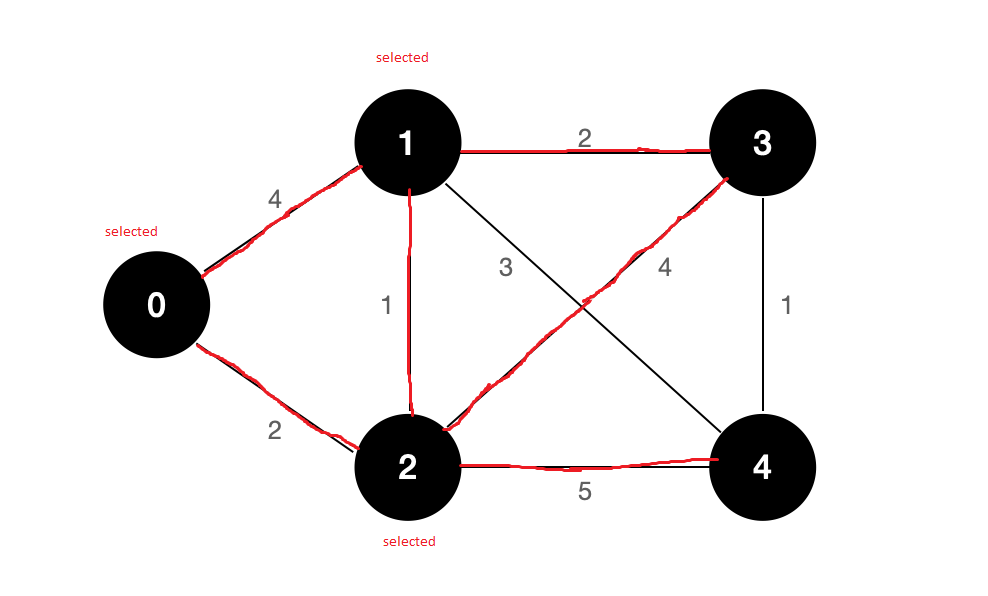 No direct paths are available from node 2 so now we will change the source node from 2 to 3. 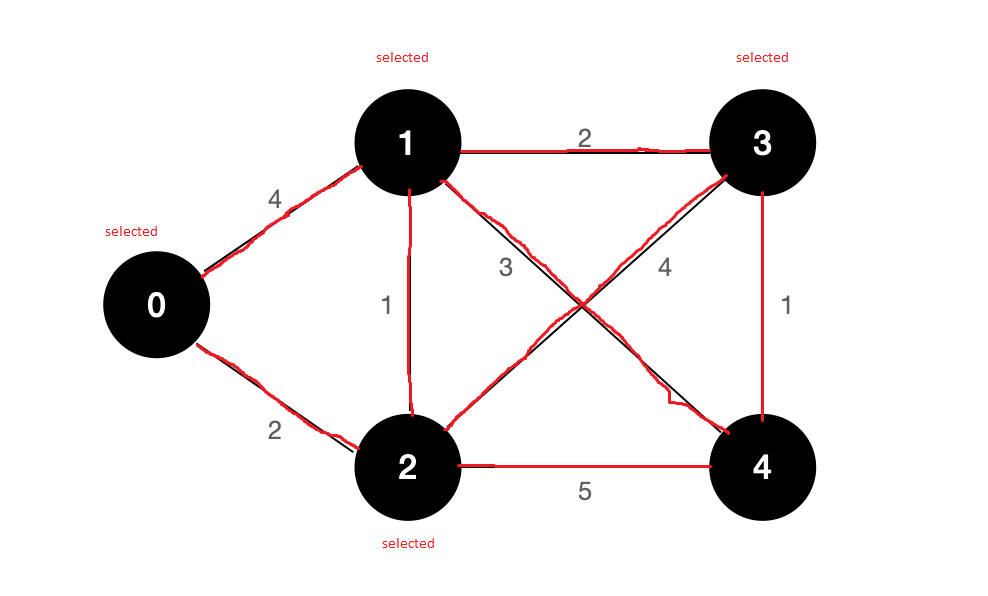 Let’s move forward to the second last node as you can see in the above graph the value of node 3 is 2 and the distance between3 to 4 is “1” which will be like 2+1=3. We can’t use the selected nodes for checking the shortest path.

Now it’s time to move to the last node of the graph, as you can see in the graph below all nodes have been selected and there is no direct node from node 4 so we can’t find the path between node 4 to the other node we will just mark it selected. 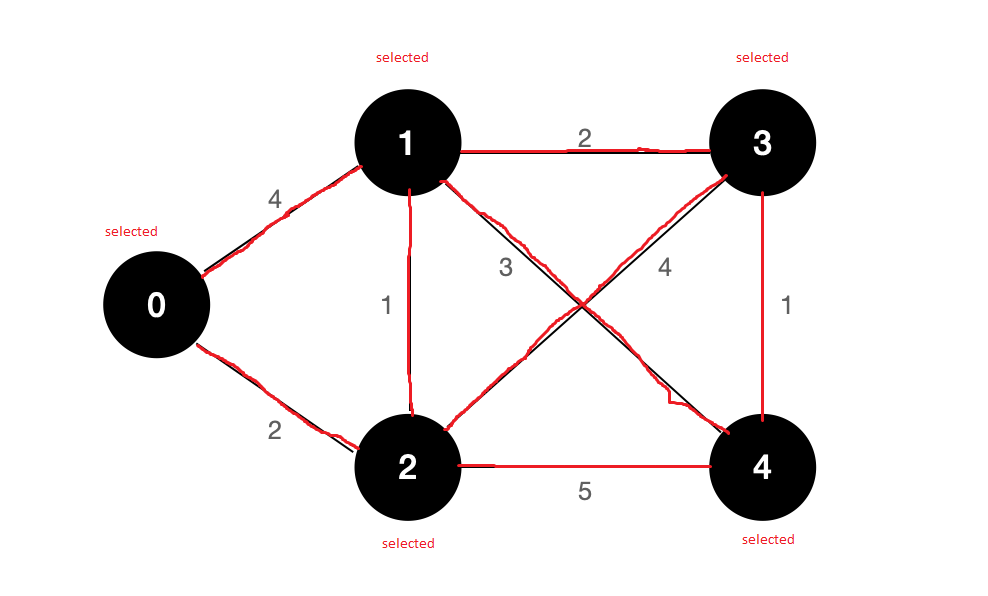 As you can see above our graph has been completed we have found the shortest path using the Dijkstra algorithm.

In this tutorial, we talked about the shortest path algorithm which is called the Dijkstra algorithm.

We discussed an introduction to the Dijkstra algorithm then we discussed some basic concepts as well related to the algorithm like what is a graph, types of graphs, etc.

We also discussed an example using a graph and applied the Dijkstra algorithm to it to find the shortest path.

That’s all for today hope you like the tutorial if you have any queries regarding this article so feel free to contact us below. Thanks for reading.